Dr. Jill Bernstein discusses the importance of maintaining your hearing health – especially during COVID19. She discusses the launch of our new Hearing Aid Leasing Program! #itsgoodtohear 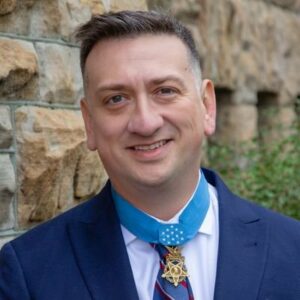 Hearing Evaluation Services is proud to announce that Medal of Honor recipient and the new News-Radio 930 WBEN host, David Bellavia has joined the HES family of satisfied patients.  Mr. Bellavia will be sharing his great experience with HES and his hearing aids technology on his radio talk show and helping the rest of Buffalo get excited about better hearing.

At HES, we have proudly showcased actual patients on our popular TV commercials, telling real stories from their life about how their experience with HES helped them reconnect with their families, jobs, and hobbies. Whether it is John from Lancaster talking about his tinnitus, Katie from Amherst showing how her hearing aids help her as a competitive play hockey, or Bruce from Buffalo showing how better hearing helps him perform better in business – the truth speaks for itself.

In 2018, we had the pleasure of having Tony Caligiuri, the longtime producer of the Sandy Beach show on WBEN, begin endorsing HES and sharing how his hearing aids have helped him be more present with his kids at home and on the sports fields.

In July 2020, when Sandy Beach retired, David Bellavia took over as host of the show. Mr. Bellavia’s military noise exposure was catching up with him and affecting his ability to hear at work and home.  We are honored to be able to assist him reengage with all the activities that are important to him.  Both David Bellavia and Tony Caligiuri will share the experiences with HES and all the great advancements in hearing aid technology on their show.

Mr. Bellavia began his career with the United States Army in 1999 and served in Kosovo, before deploying to Iraq in 2004 with the Company A, Task Force 202, 1st Infantry Division. 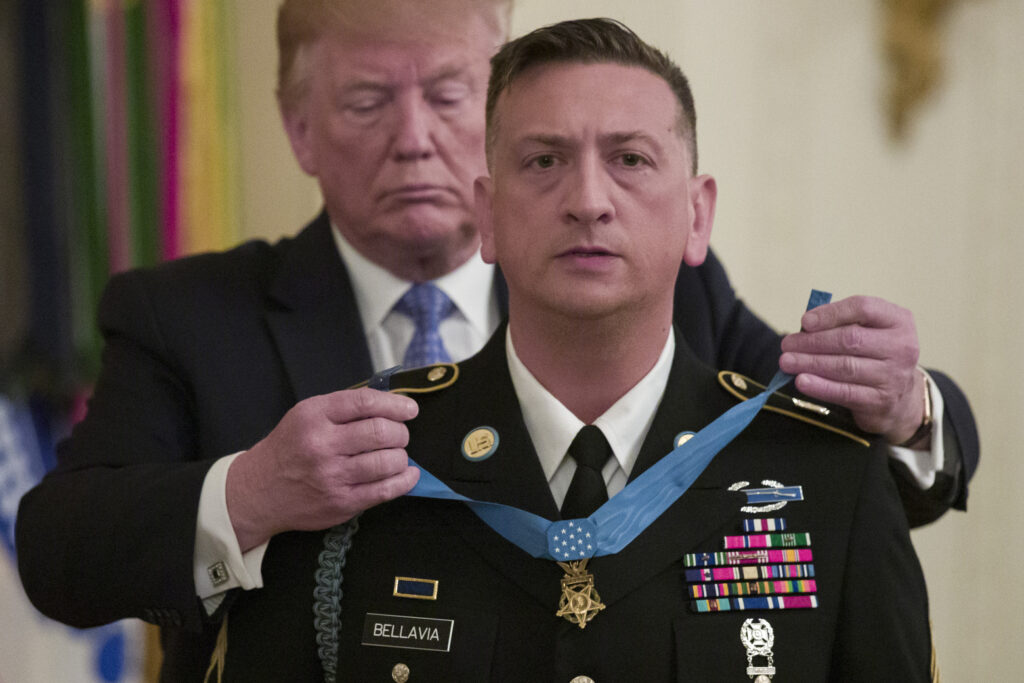 During a battle in Falluja, Iraq, Mr. Bellavia was the squad leader of a platoon that was tasked with clearing a block of buildings, when they suddenly came under attack by jihadists.  An ensuing gun battle injured several soldiers, even as they retreated out into the street.  Fire continued on the platoon from the rooftop of the building, and as the battle continued, Mr. Bellavia single-handedly saved his platoon by infiltrating the building and using hand-to-hand combat, even while wounded, to save his squad.

Mr. Bellavia was awarded the Silver Star and the citation was revised in June 2019, as he was honored with one of seven Operation Iraqi Freedom Medals of Honor. He is the only living recipient from the Iraq War with this honor.

Like many Veterans that we see at the offices of Hearing Evaluation Services, Mr. Bellavia experienced hearing loss as a result of the loud noises related to his service.  Veterans of all ages, including those newly home from deployment are encouraged to get their hearing tested and the appropriate treatment as soon as possible.

We are honored to have such a decorated Veteran advocate for better hearing, while also showcasing the services we provide at Hearing Evaluation Services.

Dr. Jill Bernstein is back on WNY Living, discussing how life during quarantine made many realize that it’s time to address their hearing loss.
February is Tinnitus Awareness Month. Dr. Jill Bernstein talks about our researched-back tinnitus program – and how HES can help manage your tinnitus. Call us at 716-833-4488 to make an appointment with one of our on-staff Certified Tinnitus Specialists! 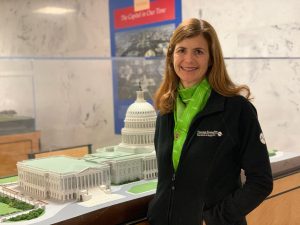 She is fighting for you! On November 14, 2019 our Executive Director, Dr. Anne Orsene, along with 175 other Audiologists from across the country, stormed Capitol Hill to gain support for the Medicare Audiologist Access and Services Act of 2019 (H.R. 2276, S.2575).

This act, introduced by Rep. Tom Rice, [R-SC-7], would enhance the Medicare benefit by providing beneficiaries critical direct access to both diagnostic and rehabilitative services provided by an Audiologist. It would remove unnecessary barriers, allowing patients to receive appropriate, timely, and cost-effective care. The goal of Lobby Day was to secure co- sponsors to help push this act forward.

Dr. Orsene, along with several other Audiologists from New York, met with five legislators and their staff to educate them on how this act would benefit Medicare recipients. Our NY team was extremely proud to have secured a co-sponsor for the act, Rep.Max Rose ,of StatenIsland. 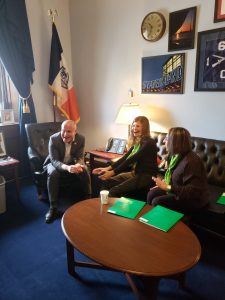 Passage of the Medicare Audiologist Access and Services Act would dramatically improve audiology care for Medicare recipients.  It would enable them to have their choice of a qualified audiologist and would eliminate the need for a physician order to receive coverage of medically necessary audiology and vestibular services. It would also allow for Medicare coverage of treatment services such as vestibular rehabilitation, cerumen removal, and aural rehabilitation provided by audiologists. 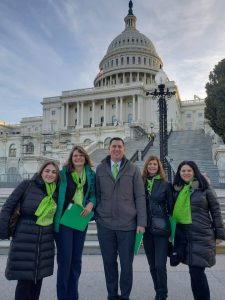 Medicare’s archaic referral requirements must be modernized to allow seniors direct access to efficient, effective care.  All other federal programs as well as Medicare Advantage plans and most private health insurance plans already allow direct access to audiologists without first requiring a physician referral. Medicare patients should have the right to choose among all recognized providers for all Medicare-covered services as this comprises the majority of hearing health issues for the older adult population.

As a result of Lobby Day, 16 new co-sponsors were secured and the act now has 56 co-sponsors and has bipartisan support in the House and Senate.  Rest assured that HES will continue to fight for the rights of Medicare patients until this act is passed and will push forward to ensure that Medicare beneficiaries with a hearing or balance disorder receive timely treatment from an Audiologist.

We are proud to launch our latest commercial – highlighting the many stories we’ve shared of people enjoying life with better hearing. This commercial highlights the process, and the opportunities to demo hearing aids at Hearing Evaluation Services! 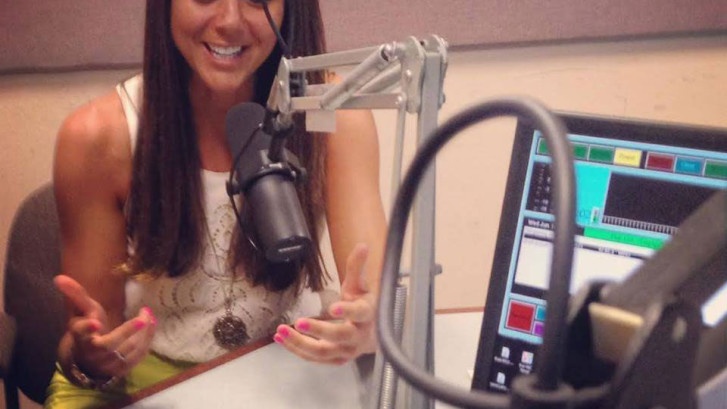 On September 19th, 2019 Hearing Evaluation Services of Buffalo celebrated the 10 year anniversary of our collaboration with Dr. Lixen Zhang’s Dizziness, Balance and Tinnitus Center at DENT Neurologic Institute. Since this partnership, DENT, Hearing Evaluation Services and Susan Bennett’s Rehabilitation Institute have helped thousands of patients receive treatment and solutions to help with these debilitating disorders.

We are proud to be part of this amazing interdisciplinary team that Dr. Zhang has assembled and look forward to working with DENT as their program continues to grow.