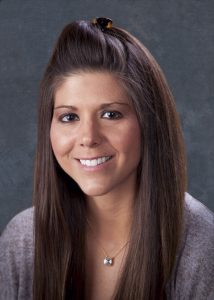 As an Audiologist, my days often bring powerful moments of realization when I let a patient hear what they’ve been missing for so many years.  Hearing loss is a slow, insidious process and year to year we don’t notice the shifts in our hearing until one day we grow so frustrated that we seek help.

I am grateful for the number of patients I have been able to reach and educate about this important health concern over the years.  When a patient “gets it”, they are so much more likely to re-engage in life and live it to the fullest.

“Vince” has been a patient at HES for many years.  When I switched from our Orchard Park office to our Amherst office, he came with me even though it added an extra 40 minutes to his drive from his home in Holland, NY.  Vince is one of those guys who oozes humility and kindness.  Business owner, husband, father, and easily one of my most favorite patients I’ve ever had the pleasure of meeting.  Vince is a self-made man but he’ll be the first to tell you that he’s lost without his hearing aids.  An otherwise healthy active 68-year old who relies on me to keep him connected to the things he loves most in life – his friends and family.

It wasn’t until recently that his reliance on me was illustrated in a way that I’ll never forget.  I opened an email from “Vince’s” daughter a few weeks ago.  I had never met “Sarah” before; only heard about her through “Vince” who spoke so proudly of her.  She told me that “Vince” had been admitted to Buffalo General Hospital and that they had to remove his permanently-worn hearing aids to do some imaging scans.  Because “Vince” wears a style of hearing aids that are called extended-wear, that means I place them deep in his ear canals and they stay there for 4-6 weeks before he returns to me for a new set.  “Sarah” had asked me if I could make a bedside call and replace his hearing aids at Buffalo General.  “Vince” had been diagnosed with stage four liver cancer.  He and his family received this diagnosis, but “Vince” had no idea what was happening to him because he simply wasn’t able to communicate with his doctors and his family during this critical time.  He laid in his hospital bed all weekend until Sarah thought to reach out and ask if I could come to his aid.

I went to his room that day and I’ll never forget the two looks on his face – the one before I put his hearing aids back in and the one after.  I mentioned “powerful moments” earlier referring to patients’ reactions to hearing well again for the first time.  This time the powerful moment was all my own.  “Vince” came back to life when those devices went in his ears.  He spoke first to his daughter and there was a collective sigh of relief among all of us.  The gratitude in his eyes when he looked up at me was all-consuming.

I did what I could to hold back my tears, but eventually we all let them fall down our faces.  I stopped looking at my patient that day as a patient.  I saw my own father in that moment and it deepened my purpose as an audiologist.

I left the hospital not knowing if I’d ever seen “Vince” again.  His prognosis isn’t strong, but I am hopeful that God won’t take this man from his family yet.  Whatever the outcome, “Vince” has left an impression on my heart that I will carry with me forever.